Post-Brexit Implications for the Pharmaceuticals Industry 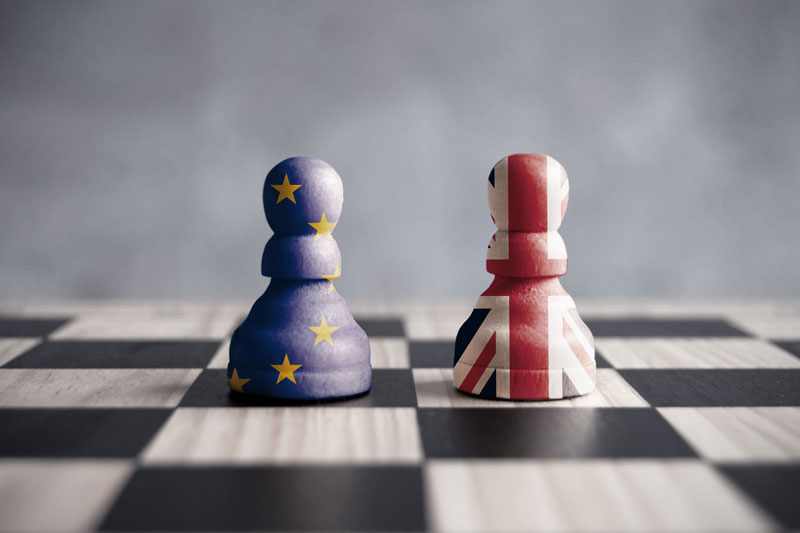 On June 23, 2016, United Kingdom (UK) voters decided to leave the European Union (EU) in the closely fought Brexit (British+Exit) referendum. Although a withdrawal deal, if there is one, remains in flux, the March 29, 2019, exit date remains intact.

The EU’s unraveling stands to impact the global economy, with the United States and Britain taking the most powerful hits. The UK is America’s fourth-largest export market. In the pharmaceutical industry, our countries work closely together to bring new drugs to market and to bring life-saving medications to our respective populations.

Like many industries, the pharmaceutical sector has serious concerns about the forthcoming Brexit deal. The details of that plan will determine just how deeply Brexit will affect pharmaceutical and biopharmaceutical business.

UK pharmaceutical industry investment
The UK is considered a major force for medical device and pharmaceutical manufacturing and development. A 2016 report estimated the country hosts about 500 drug manufacturers, including heavy-hitters such as GlaxoSmithKline (GSK) and AstraZeneca.

Pharmaceutical manufacturing is predicted to grow at a rate of four to 10 percent per annum. It’s also responsible for more than 25% of commercial research and development conducted in the UK. The UK pharmaceutical industry employs more than 130,000 people.

Although the UK government has named science and innovation one of its 12 negotiating priorities, post-Brexit disruption has industry leaders worried. Financial damage to the sector, drug regulation and even delays in medicines reaching patients are a few of many concerns.

UK drug development and availability
If the UK leaves the EU with no deal; meaning, no new deal on trade, certain drugs and ingredients may be subject to tariffs. Such barriers could put time- and temperature-sensitive products at risk due to border delays between the UK and EU. Additional customs costs could burden either businesses, the National Health Service (NHS), or both.

The UK pharmaceutical industry has additional concerns about potential divergence from the European Medicines Agency (EMA), which is moving its headquarters from London to Amsterdam this year. According to a report from the House of Commons’s Business, Energy and Industrial Strategy Committee, that divergence may result in the need for duplicate facilities in the UK and EU to enable access to products.

This scenario would cost pharmaceutical companies tens of millions of dollars to establish and run dual facilities. The Committee also estimates such a scenario would add £45,000 in costs to each new drug released in the UK—not good for business.

Brexit’s impact on skilled pharma professionals
Due in part to stricter rules around people moving between the EU and UK, industry professionals are rightfully concerned about their ability to attract and keep life sciences professionals and academics. Data from recruiting agency DHR International shows the number of applicants from outside the UK applying for senior pharmaceutical industry roles has fallen from about 40 to 15 percent.

The Association of the British Pharmaceutical Industry (ABPI) CEO Mike Thompson told The Scientist he has noticed a reduction in people from the EU applying for UK jobs. However, he hasn’t noticed many leaving the UK.

Brexit’s regulatory impact
Because any drug, no matter where it’s developed, has to go through the EMA process to gain approval to market drugs in Europe, any change to EMA processes, aside from its move outside of the UK, would affect the pharmaceutical industry on a global level.

Pharmacovigilance will also change in the UK. Currently market authorization holders must be located in a European Economic Area (EEA). EEA includes Europe, Iceland, Norway and Lichtenstein. Regulatory procedures must also take place in an EEA country. Post-Brexit, UK companies may somehow have to relocate quality control and pharmacovigilance to an EEA country.

Opportunities ahead
Fortunately, many leading UK pharmaceuticals companies have established contingency plans to prepare for post-Brexit business—deal or no deal. And these companies and others continue to invest in the UK. GSK, for example, plans to invest £40 million in genomic research.

On the regulatory front, the UK’s Medicines and Healthcare Products Regulatory Agency (MHRA), currently operates within the EU, alongside EMA. Post-Brexit, MHRA can develop individual trade agreements between the UK and the U.S., among other countries.

Conclusion
Harmonization with EU trade rules is the best-proposed choice for the health of the pharmaceutical industry, as well as the patients it serves. Ideal agreements include an immigration system that allow the UK to continue to recruit top EU talent, as well as harmonization between regulatory agencies to ensure efficient quality control and pharmacovigilance.